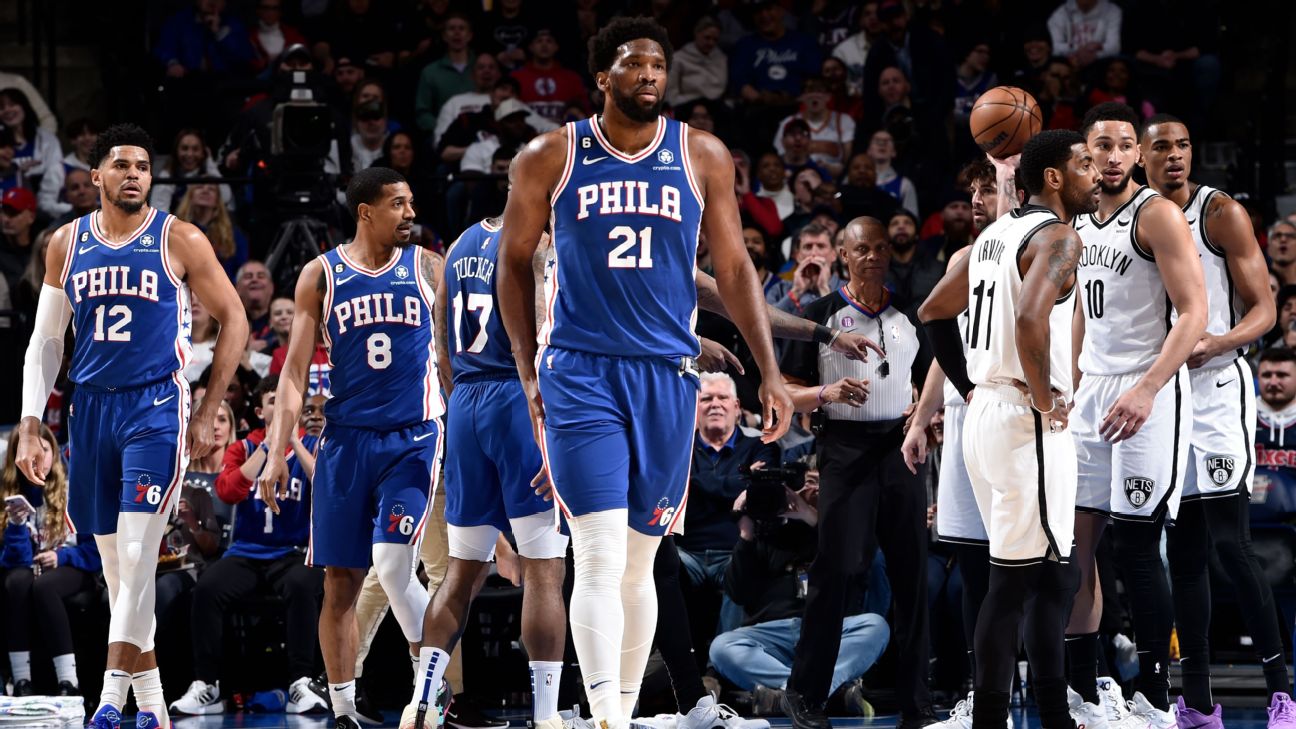 The Atlantic rivals face off for the second time this season, the 76ers winning the first by nine points on Nov. 22 despite being without Joel Embiid, James Harden and Tyrese Maxey. The Sixers have won five straight while the Nets are riding back-to-back victories, their only successes since Kevin Durant was sidelined by a knee injury.
#NBA #Sixers #Nets #Follow #Live